The Hero Gene – Who are your Heroes? My first hero was Astro Boy, an android with human emotions who fought evil and injustice in a 1960s anime series. Another anime Sci-Fi series soon caught my attention – Prince Planet became my number one hero. He came from Planet Radion and adopted the disguise of a human boy named Bobby. His mission was to see if this world met the standards to join the Galactic Union. He fought evil, both human and alien.

Jacques Cousteau, the explorer, filmmaker, and pioneer marine conservationist, was my first human hero. Through his documentary series in the sixties and seventies, he revealed the wonders of the ocean to me through our black and white TV. Sports heroes had a considerable impact on me too. I was five years old when John Sattler captained the South Sydney Rabbitohs in the 1970 Rugby League Grand Final. Early in the match, a coward punch shattered his jaw. He played through the pain. I can still remember sitting beside my grandfather and the pride bubbling inside me as his teammates carried him on their shoulders after he led them to victory.

The year after John Sattler’s legendary feat, he came to our end of season football presentation. He had the gentlest, humble manner, took the time to talk to me and sign the bottom of my trophy. Everyone in South Eastern under 7’s was in awe of him. This man’s actions epitomised how I thought a warrior should be: Fierce and resilient in battle, but gentle and kind in everyday life.

In my twenties, Nelson Mandela, Gandhi, and the Dalai Lama were heroes that inspired me through books. When I was in my forties, Sea Shepherd Founder Paul Watson caught my attention when I saw him risk his life to protect seals and whales. But you know what blew me away about Paul? He carried through on what I call superhero visions. Everyone has hero visions. You know the kind where you stride in to solve a problem, right an injustice – knock some sense into someone’s head.

Paul Watson raised funds to buy a ship, reinforced the bow with concrete, and embarked on a voyage to stop illegal whalers. Sea Shepherd has evolved over the years to work with governments and protect ocean environments all over the world through direct action.

Ocean Ramsey is another of my marine conservation heroes. I’m a surfer and a diver and no stranger to coming across sharks in their environment, but the thought of coming face to face with a huge great white shark terrifies me. Ocean has captured the world’s attention to shed light on shark conservation by free diving with massive sharks. If you haven’t seen Ocean’s work, I recommend checking her out.

I may never be as tough as John Sattler, as disciplined as Gandhi, or as brave as Paul Watson, but seeing what these guys did open my eyes to what is possible. And who knows what the future holds? I haven’t given up on life yet.

The word hero comes from the Greek hērōs. The literal translation is protector or defender. A classic hero is a courageous warrior who fights for honour and glory and often has a character flaw or weakness. Achilles was vain and prone to fits of anger. We may admire his prowess in battle, but when we recognise his faults, it’s an opportunity to learn about ourselves.

A hero can be someone you admire for doing something brave or kind, a character in a book, or a person who has a quality or skill that you admire. Rather than pursuing goals of fame and fortune, modern-day heroes tend to perform selfless deeds that benefit society. Some of our heroes may be arrogant rebels who speak their mind with no regard for what anyone else thinks. And a hero may fall from grace. But don’t we love a great redemption story?

Whenever a threat confronts our tribe or community, heroes rise to lead, protect and inspire us. Volunteer firefighters answered the call when our country was burning. Nurses and doctors are digging deep to care for us during the pandemic.

As we recover from the pandemic there will be a big push to rebuild the economy, and The United Nations Intergovernmental Panel on Climate Change has warned that we have until 2030 to avert a climate catastrophe. There’s never been a better time to follow through on hero visions and unleash your hero gene to tackle the challenges that confront us to create the future. In the grips of the pandemic, a 99-year old war vet from the UK inspired the world by doing laps of his back yard, raising over forty million dollars for health worker heroes in the process. A Sweedish teenager, you know who she is, inspired and mobilised a generation of students and adults to take climate change action.

The hero gene exists within everyone. We all have opportunities to be heroes in everyday life. Standing up for someone, helping those less fortunate, or speaking out when someone challenges your morals are heroic acts. Heroic myths and legends are ingrained in our culture. Through our heroes, we explore our desires and beliefs and seek inspiration.

The essence of my childhood heroes, Prince Planet and Jacques Cousteau is still with me today. My inspirational young adult novel titled The Hero Gene is the story of a teenager’s deadly adventures to save Earth from carbon breathing aliens. My fascination with heroes, epic Sci-Fi battles, love of the ocean, and positive vision for the future inspires the story.

Who are your heroes? Why do they inspire you? Do they still influence you today? 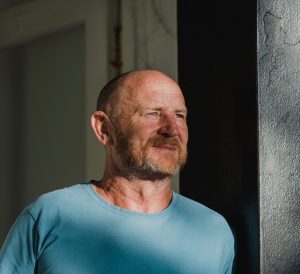 Author of The Hero Gene Series.